When you book with an account, you will be able to track your payment status, track the confirmation and you can also rate the tour after you finished the tour.
Sign Up
204
REQUEST AVAILABILITY BIKE RENTAL CUSTOM / PRIVATE NEWSLETTER TRIP ADVISOR INSTAGRAM

Piedmont Cycling Self guided, through vineyards and castles

This Self Guided cycling tour in Piedmont is a superior bike holiday thought around the local wines and the cuisine.

Piedmont is home to the UNESCO World Heritage wine regions of Barolo, Barbaresco and
Barbera, the Slow Food movement and the prized white truffles of Alba.
This self-guided bike tour in Piedmont starts in the Cuneo province, close to Mondovì, precisely in Vicoforte;
a village famous for its big Cathedral at the foothills of the Alps.
You will ride throughout the famous hills of Langhe and Roero, for a full immersion within the
Barolo wine territory.
This tour combines the best of Italian and French cuisine and wine, and pedaling itinerary
loaded with scenic vineyards and castles: from alpine splendor to undiscovered villages and
fortified castles.

On this tour, you have the possibility to taste one of the most famous wines, within one of the
most important cellars of Northern Italy, settled in Barolo or in La Morra villages.
You will stay in superior hotels, near the center of the towns, where you’ll be able to reach very
renowned restaurants and eat the kind of luxuriously rustic food that has earned this region
more Michelin stars than any other in the country.

This Piedmont Bike Tour is available on Guided Version

Meet & greet
Welcome to Vicoforte.
In Vicoforte you can breathe the air that is halfway between that of the nearby mountains and that of the Langhe Monregalesi, despite the fact that this town is closer to Cuneo than to Alba, the capital of the White Truffle.
Vicoforte is famous for its domed Sanctuary which is the largest dome in the world among those with an elliptical shape and is the fifth ever.
Welcome aperitif at La Palazzata in Vicoforte.
Dinner on your own in one of the restaurants of the village.
Meals included: Welcome aperitif

You will ride thoughout the valleys of the Alps reaching Frabosa and Monastero di Vasco on low traffic roads as much as possible.
Come back to Vicoforte where if you have enough time and power left, it’s possible to climb with ropes to the top of the dome (60m.).
Within the dome, you can admire the masterpieces of the frescoes and the splendid panorama that surrounds the Sanctuary.
Meals included: Breakfast

Today you leave Vicoforte towards the heart of the Langhe. First you reach the town Bastia Mondovì and then you climb to Belvedere.
You’ll cross Monforte on the route and at the end, La Morra.
The Highlight of todays ride is the Village of Barolo and all the fantastic vineyards well situated at the side of the country roads.
You are cycling in the heart of the Barolo and Dolcetto wine regions, famous in the entire world.
Meals included: Breakfast

Follow corkscrew roads into the hills of the rural Roero, a gourmet’s paradise known for its pungent white truffles, soft fresh cheeses and hazelnuts.
You’re in the region of famous sparkling wine producers like Monticello d’Alba, Monteu Roero, Montà, Canale, Castellinando and Cinzano, but also famous for vermouths and aperitifs.
You will cross the ancient Roman village of Pollenzo, now the home and famous for the University of Gastronomic Sciences focused on gastronomy and food tourism.
The hill ridges are dotted with fortresses and the slopes of the hills are furrowed with deep narrow gorges that reveal the stratification of the land.
come back to your hotel in La Morra
Meals included: Breakfast

Todays route takes us through the vineyards of Le Langhe and the famous hills of the Nebbiolo grape vineyards.
Along our route, you will pass through the stunning landscape, as well as vineyards around Diano, Novello, Monforte d’Alba, Grinzane Cavour, famous for its castle – one of the most ancient and important of the Langhe – where the annual white truffle world auction is held.
You can have a private wine tasting at the end or during your ride; you will learn all about the passion, as they explain about the region, viticoltori friendships, the grapes and the exquisite wines, which are some of the greatest of Barolo, Barbera and Nebbiolo that you will ever sample.
Stay and explore the 1,000-year-old village of La Morra, premiere Barolo-producing town.
Come back at your hotel in La Morra
Meals included: Breakfast

You will start from La Morra and you’ll cycle towards Alba where you can stroll around the town center or visit the many museums of the town.
Alba is famous for the harvest of the white truffle and it is the headquarters of Ferrero, which produces the famous Nutella, in fact, it was born here.
From Alba you will start to climb again on the Langhe towards Neive and Mango, with its castle before reaching Benevello.
Once arrived, you can relax at your Country Relais or visit the castle in the village.
Meals included: Breakfast

The hills won’t be so hard with our new Scott E-Bikes.

Inhabited by the great figures of the Piedmontese and Italian history, our house has a unique charm. The glamour of the ancient noble courts. Live a royal experience, for a truly unforgettable journey!

We offer our guests 14 personalized rooms, as well as exclusive use of our seasonal outdoor swimming pool, our intimate garden, our wine cellar and, last but not least, our private Spa.

Framed by the unique hills of the Barolo vineyards, Villa d’Amelia features 37 finely furnished rooms and suites, whose refined and contemporary style are the perfect complement to the building’s classic flair.
The Travertine marble bathroom in each room furnishes a welcoming space equipped with all comforts.

Our six day tour in the Piedmont was 5-star spectacular, 10/10. The routes were challenging, beautiful and carefully curated to climb on quiet roads and descend on high-quality pavement. The equipment was first rate (Ultegra race bikes) and well maintained.
The hotels and meals capture the atmosphere and gastronomy of the region. I especially enjoyed spending multiple days in a single hotel with loop rides. This allows you to get on the bike earlier and relax into your afternoon without checkin/checkout/moving. The multiple rides from the same place were very different and not at all repetitive.
Great design.
Bike Tour Sardinia provides exceptional service before, during and after the ride. For us, this was. a mechanical (our fault) that was addressed within the hour. It was also adjusting the tour when we got a last minute invite to visit a friend’s winery for an evening. 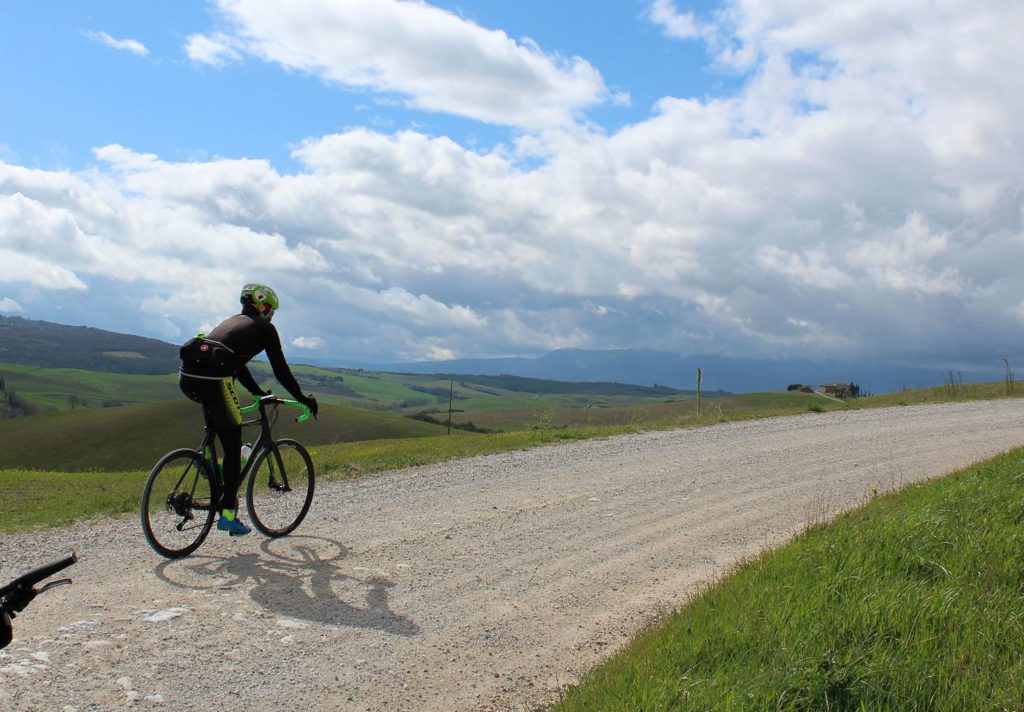 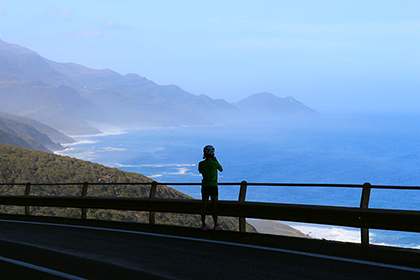